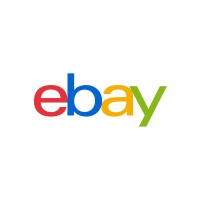 
The world of art collecting and auctions is moving towards cryptocurrency, revealing a white space in the Patent Forecast®. In February of 2021, the prestigious Christie's auction house announced that it would be accepting cryptocurrency bids for a piece of NFT (Non-Fungible Token) art. Christie's first NFT offering sold for almost $70m, and the NFT market was valued at $338m in 2020. But what of the patents?

Currently, there are very few patent applications for blockchain or cryptocurrency auctions. Online auctions, which can require handling of many near-simultaneous inputs and transactions, would benefit greatly from blockchain infrastructure and automation. It's unlikely that traditional auction houses will develop their own platforms for bidding and payment. eBay has one application for implementing an auction on the blockchain, as does Hong Kong-based Up Blockchain, which does not have any commercialization or online presence. There is no company that currently has a strong portfolio in this area of blockchain technology. Who will step up and dominate as the NFT market continues to grow? Keep an eye on white space and new players by subscribing to the Cryptocurrency Patent Forecast®.